Competition Boxing Gloves used and approved by the top Muay Thai, Kickboxing and Boxing Tournaments and Associations in the US.

Free Shipping on all retail orders over $135 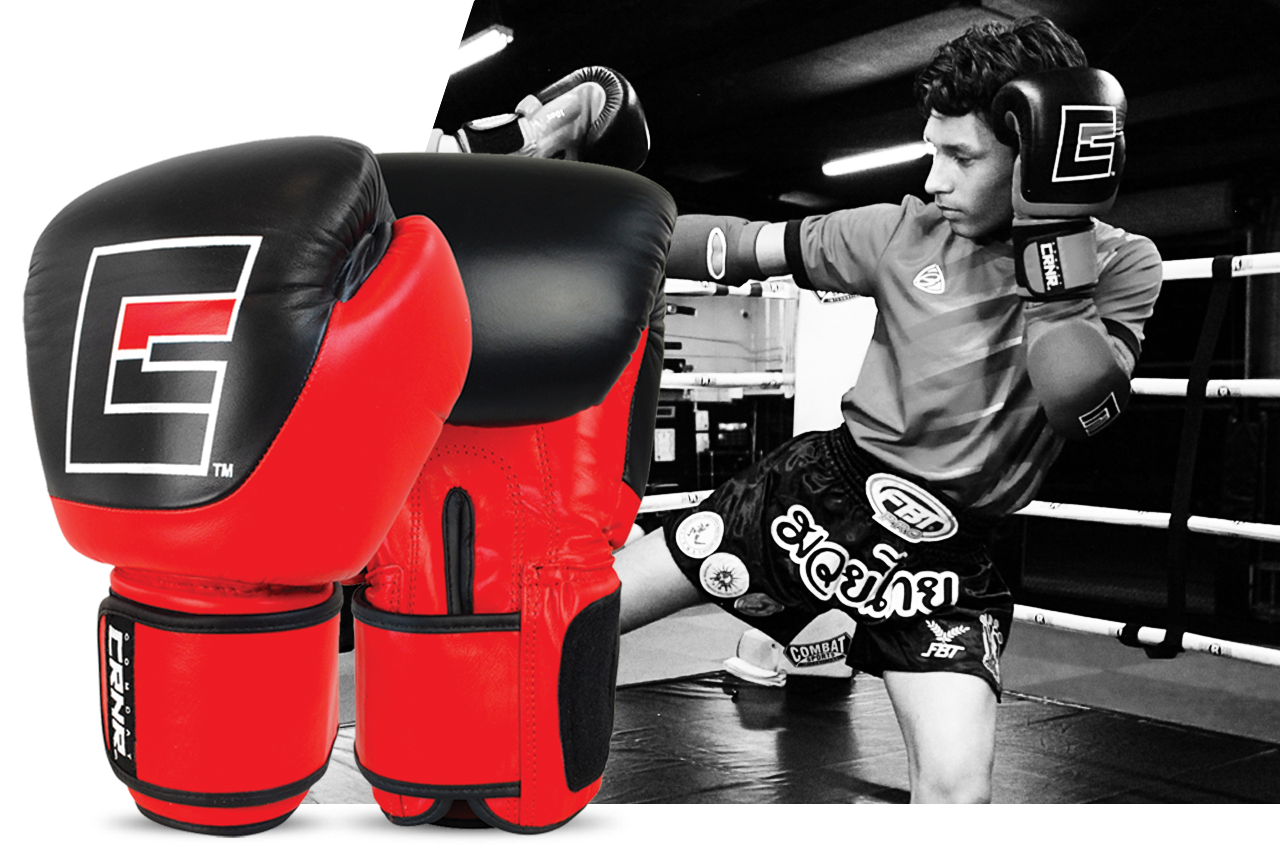 Looking to make the leap from the gym to the ring? Well then you are going to need a proper pair of fight gloves. Combat corner offers a wide selection of gloves designed exclusively for those looking to test their mettle in competition. What makes a pair of gloves great for training, can be a liability or downright not allowed in a competitive setting. So it’s important to know what gloves are approved for your specific fight.

Fight gloves are much more exacting and damaging than a pair of training gloves. They are going to much smaller and less padded than your day to day gloves. Unlike the heavy bag or hit mitts, our objective in a fight doing damage. Less padding means a greater transfer of energy when a punch lands. More sharply transferred the energy of a strike, the more damage that strike is doing on impact. Hence the smaller gloves.

The idea of fight gloves is to force your knuckles right up to the padding, affix the glove as tightly as possible in this position with as little wiggle room as possible. This ensures that the force of your punch is getting transferred as efficiently as possible into your target. While all fight gloves are made of cowhide leather and have the thumb tacked into place, there are plenty of other factors to look at when considering which fight glove is right for you.

The size of the gloves you are required to use will depend on the art you have chosen to compete in, and which weight class you slot into. Smaller fighters (traditionally under 147lbs for boxers) are going to wear smaller gloves that are more suited to their proportions. Those under the aforementioned Welterweight limit are made to fight wearing 8 ounce gloves. Those above that limit fight in oz gloves.

Another factor to consider when going from training gloves to fight gloves is how this can effect a fighter’s defense. Sparring in the gym in training gloves is one thing, the much smaller fight gloves are a different beast entirely. In the bigger gym gloves, it is much easier to shell up on defense. All the extra padding in the gym gloves makes it much easier to absorb a shot of the back of the hand.

This is absolutely not a luxury you will have when getting into true competition. The smaller gloves make the “High Guard” defense much less effective, with less surface area and padding to absorb an opponents punches. While the vast majority of sparring should be done in training gloves, a new competitor can benefit from sparring in the fight gloves a few times. If only to get a better sense of the defense the fight gloves provide..

The padding inside of the gloves can have a huge effect on how much force gets transferred by a punch. Almost all modern gloves use some amount of foam padding. Modern foam padding is excellent for fight gloves since it never shifts or settles on impact. With foam padding there will always be the same amount of pad between knuckle and face no matter how many times you land. It offers the best hand protection that modern science can muster.

But in a sport as old as fighting, the old school will always have it’s say. For centuries the only thing you would ever find in a pair of boxing gloves was horsehair. Because of the coarse and fibrous nature of horsehair, it had a tendency to settle between the knuckles after the first few punches landed. Rather than stay on top of the knuckle, the hair would often settle between them. Making them perfect for a hard puncher who didn’t mind a little swelling and bruising on their knuckles after a fight.

While this hardly made for the most protective of gloves, they certainly carry and transfer power as good as anything we have today. For this reason many professionals today still swear by horsehair padding for their gloves. They aren’t for everybody, particularly those with fragile hands. People prone to swelling or breaks might be better served with a more protective modern option. But there is nothing better to do damage with than with than a pair of horsehair padded gloves.

For the professional fighter you are better off getting a pair of lace up gloves. Lace-up gloves are affixed to the hand in much the same way a pair of shoes is. Lace up gloves allow the gloves to be tightened all the way up to the mid-palm and can always be tied a little tighter or looser to suit a fighter’s needs.

The same can’t be said of the Velcro gloves. These gloves use a strip of Velcro looped around the wrist to affix the glove to a fighters hand. Unlike the lace ups though there is no pulling these tighter to alter the fit on the hand. A trainer can help create a better fit in Velcro by wrapping the hands in a certain way but this is a far more labor intensive process than pulling a couple of strings and retying them.

Some fighters do prefer Velcro gloves since so many also train in Velcro. There’s something to be said for changing as little as possible between gym and fight. To each their own. That said most professionals are opting for lace ups.

For the weekend warrior a pair of custom fight gloves is a luxury. For a professional fighter, a pair of completely custom boxing gloves is more than just making you the exact pair you always wanted. A pair of custom gloves can help a fighter establish a visual identity, making them more recognizable to fans in an instant. Fighters make money two ways. First is by winning fights. The second is leveraging the stardom won in the ring, to make money outside of it.

It’s the marketing half of the fight game often forgotten by the boxer themselves. A pair of custom gloves can do more than feel good on your hands. They draw the eyes of the fans setting you apart visually from every other fighter on the card.

While a pair of custom gloves aren’t going to put more sting on your jab, they make a fighter more immediately recognizable in an instant. The more people recognizing you, outside the ring or in it, the more likely you can leverage that stardom.

A visually striking custom pair of gloves can help with that. All you have to do is go win the fights. That my friend, is up to you.