The 4 oz finger less gloves we all know and love didn’t just appear out of thin air. While they might not have the centuries of history of the boxing glove, though MMA is nearly as old. At the ancient Greek Olympics there was a sport called Pankration, which was full PRIDE rules and then some.

As there were boxers and wrestlers all those centuries ago, there were MMA fighters too. Unlike the boxers the pankratists fought bare knuckle. Pankration wasn’t just found on the grounds of the Olympics, it was a vital part of training in the Greek military. Pankration was the final weapon the Spartans had at Thermopylae when they ran out of spears. Alexander the Great is said to have personally trained in pankration though he never actually competed. Though he did give priority to recruiting pankratists into his personal phalanxes.
Pankration was added to the Olympics in 648 BC and continued right up until the Catholic Church put an end to Games for their implicit ties to the Greek Pantheon. That took place in 392 AD. So for nearly 900 years one could say there was a thriving MMA scene in ancient Greece.

Unarmed combat sports largely disappear from from the west with the fall of Rome. Of all the sports early Christianity disliked, it hated Boxing and Pankration the most. Fortunately for us, boxing struggles back to life, centuries later, in a form so lawless it mostly found in taverns and dark alleys in London. The early bare-knuckle boxing scene in the city had a word for a soccer kick on a downed opponent. It was called “Purring”. So while it was technically called boxing at the time, well, you be the judge.

Either way we are still talking bare-knuckle fighters. We won’t see gloves looking anything close to MMA gloves until we start seeing full contact karate start to be codified into sports. It was Kempo karate with it’s focus on live sparring, including the odd punch in the face, that immediately started to develop a set of gloves that were less restrictive. 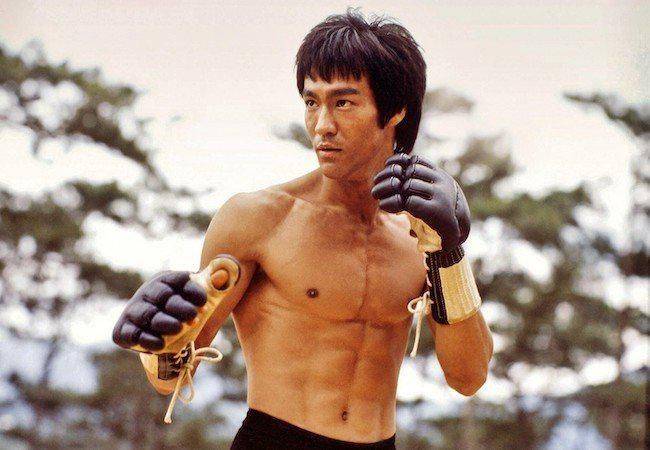 But the real big bang moment comes in 1973, when Bruce Lee wearing a pair of Kempo gloves submits an opponent with a crucifix. This took place in the classic martial arts movie, Enter the Dragon. Bruce inspired a generation of martial artists on the spot. While it took time for the seeds he planted to grow, 20 years later we have the seeds starting to break the soil.

In 1985 Shooto is founded in Japan. This was the first MMA promotion that required it’s fighters to wear gloves. The gloves they came with were a bit chunkier on the padding than Bruce’s Kempo gloves. The open fingered design when compared with a modern competition MMA glove is strikingly similar.

While Japan was being it’s usual strange and innovative self, the US was largely stuck in the dark ages in terms of adopting MMA. It wasn’t until the Gracie family got into contact with a martial arts promoter named Art Davie, in 1993, that the UFC was born. The first UFC was essentially an advertisement for Gracie Jiu Jitsu. 170lb Royce Gracie submitted a series of much larger men to win the UFC 1 tournament.
Hilariously enough his first opponent wore the first glove in UFC history. Unfortunately, it was a boxing glove. Art Jimmerson was an up and coming boxer, he’d come into the first UFC tournament having won 5 fights with 4 KO’s in 1993 already. Unsure of what to make of the UFC’s “rules” he wanted to protect his jab hand for an upcoming fight. 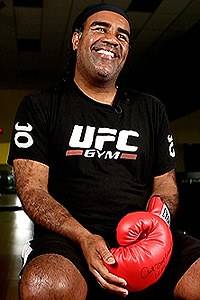 So he wore one boxing glove on his jabbing hand. Royce promptly took down and tapped out very confused boxer. The first glove in the UFC wasn’t even a pair. Even Art laughs about it now. 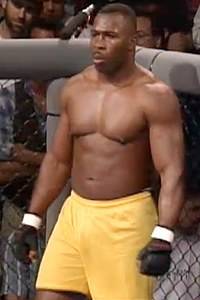 The first person to attempt to use a pair of open fingered MMA gloves was Felix Mitchell at UFC 3. But Big John McCarthy asked him to leave them cage side as he entered the ring. By the next event the rule was ironed out and Melton Bowen was allowed to compete in finger less gloves at UFC 4.

The use of gloves was sparse until the debut of one of the early UFC’s early striking stars. Tank Abbot had been in a lot of street fights. He was also a half decent counter wrestler and stronger than an angry bull. He’d thwon his hands enough to know a thing or two about how to punch and avoid injury. He asked about wearing gloves in the per-fight meeting and was mocked by other fighters.

He left one of them out cold that night. The second was a bloody mess thanks to a mix of ground and pound and a two minute knee ride on his face. All the while Tank yanking at the cage to add even more pressure to secure a tap. Though tank came up just short in the final after an 18 minute fight with grappler Oleg Taktarov. He’d certainly made a name for himself. After a long night of striking and ground and pound, he was only man there who went home with clean knuckles at the end of the night.

Soon more and more fighters were opting to wear the gloves. Not only did they protect the hands and cause less cuts, they allowed fighters to throw more punches. But after all that, the real reason gloves became mandatory was almost entirely political.

The UFC had a serious image problem. John McCain called it human cockfighting, it was pulled from pay per view around the country. UFC 14, saw the first mandatory use of most of a fighter’s protective gear they would use today. It was the first pay per view that made the use of mouth guards, groin protectors and yes, gloves mandatory. They’ve been with us ever since and the sport seems to have found a perfect balance to gain popularity.